Cancer describes the disease with uncontrolled cell growth. It's one of the most common causes of death in the United States. The financial costs of cancer are estimated to be over $150 billion per year nationally. Thus, the research of cancer has always been popular, aiming at the development of safe and effective methods to prevent, detect, diagnose, treat and ultimately cure the disease.

As a trusted CRO, CD BioSciences provides a comprehensive panel of solutions covering all aspects of life science research, including cancer.

Tumorigenesis, also called Oncogenesis or Carcinogenesis, is the formation of cancer, which is driven by characteristic alterations that allow cells to overproliferate and escape mechanisms that control their growth.

There are over 100 types of cancer affecting humans. According to WHO, the number of new cases exceeds 19 million and the number of deaths is about 10 million worldwide in 2020. 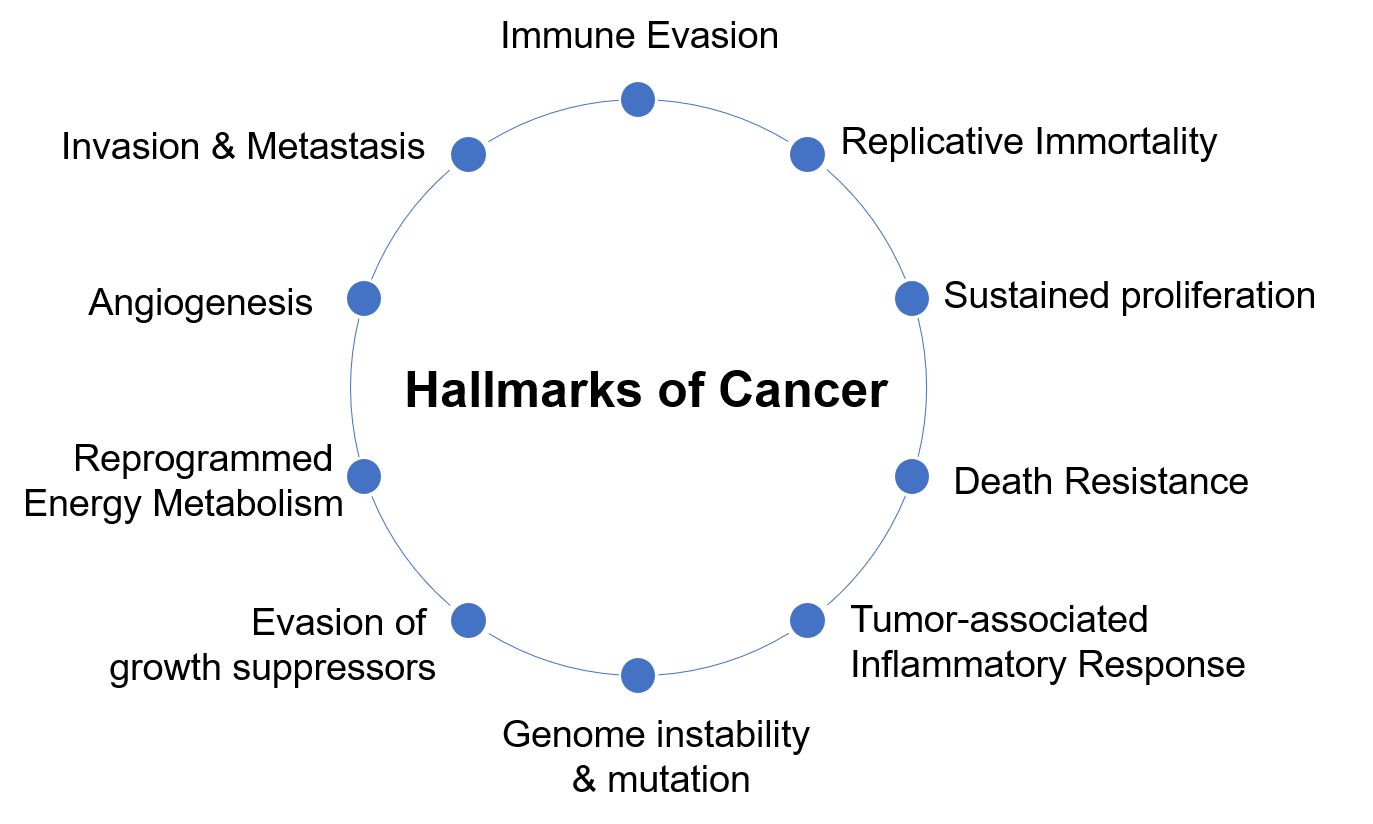 There are multiple signaling pathways that contribute to cell proliferation, motility and survival. In cancer, components of these pathways are often alternated resulting in dysregulation of cellular signaling. Signaling networks involved in the development and progression of cancer are targeted by many therapeutics developed or currently under development.

Similar to PI3K-Akt pathway, Mitogenactivated protein kinase (MAPK) cascades also regulate cellular processes such as proliferation, differentiation, apoptosis and stress responses. The Ras/ERK pathway is the most important signaling cascade among all MAPK pathways. Driver mutations in Ras (mainly K-Ras) appear in ~30% of all cancer types. And ~8% of all cancer types have the presence of Raf mutations (particularly in B-raf).

Other signaling pathways involved in cancer development and progression include:

Our solutions for cancer research include but are not limited to the following:

Investigating into the mechanism of regulation of certain regulators.

Analyzing the cellular phenotypes regulated by genes/proteins of interest.

CD BioSciences offers cost-effect, high quality and hassle-free cancer related research solutions to our clients worldwide. We guarantee to deliver our products and results on time. Please feel free to contact us.