Since there is an explosive growth in the need of applying statistical analysis in bioscience such as laboratory experiments and clinical trials in recent years, the statistical software has made great strides in development. It is very common for researchers to use certain statistics in their research and for those who are skillful biostatisticians, R is the most welcome software for analyzing data. However, not every study requires such advanced calculation for making conclusions.

CD BioSciences will present you a list of statistical software to help you get a better understanding of these packages and make it easier for you to choose an appropriate one for your data (Figure 1). 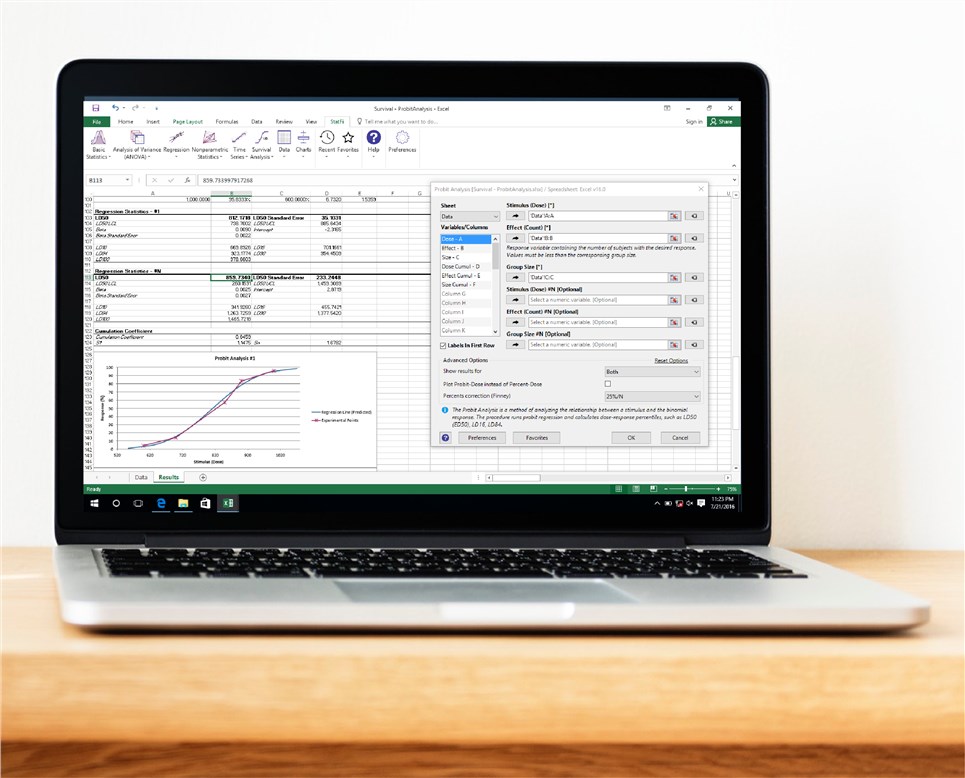 It is part of the Microsoft Office suite of programs. The first version of Excel was released in 1985 and now we already have the latest Excel 2019 available.

It is suitable for simple and quick statistics. After imported your data to Excel it would be easy to do quick hypothesis test or to determine the distribution of your data. For example, if you want to do some simple descriptive statistics or basic inferential analysis such as calculating variance based on the entire population, calculating Means and hypothesis testing, Excel will work well for you. All you must do is first input your data and then use the add-in options or switch to formulas tab and under more functions, you'll be able to do a number of parametric tests and simple analysis. Just keep in mind that nonparametric tests are not available in Excel.

√ It's easy for researchers and can work well with other Microsoft products.
√ The data in excel spreadsheets can be used directly by many other statistical software.
√ There are many add-in options which make it easy to do basic statistical analysis.
√ Excel could present you very nice graphs and tables.

√ Although you can use excel for many other calculations, it is originally designed for financial calculations.
√ If you want to do more complex statistical analysis, you have to buy those commercial add-ons with high prices. 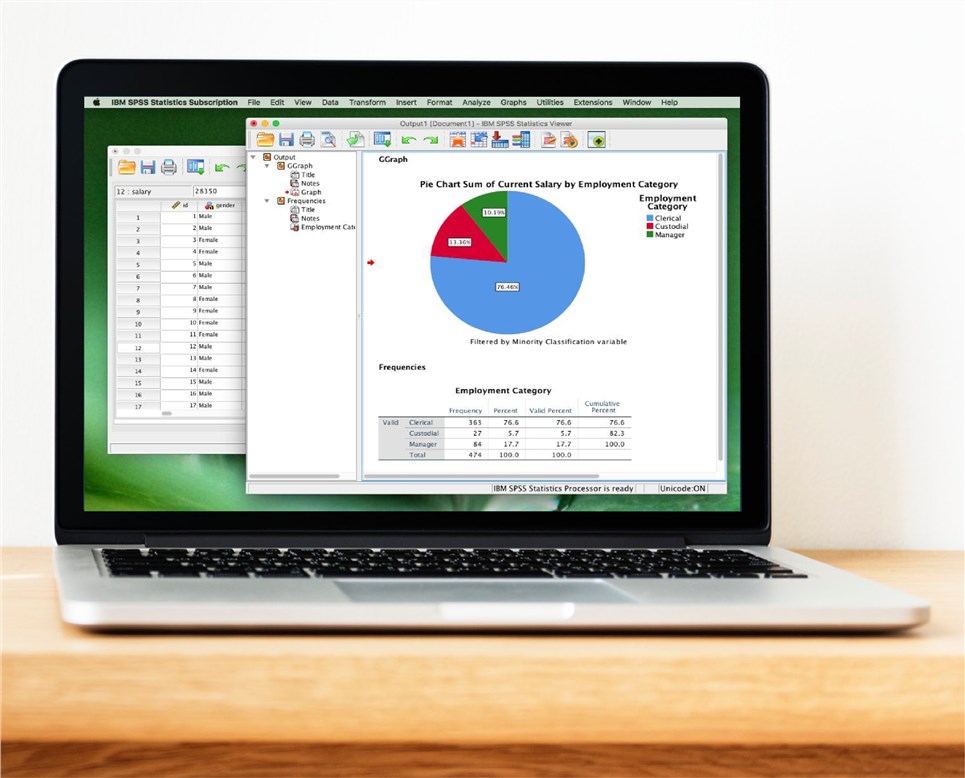 SPSS is short from Statistical Package for Social Science, which was originally designed for social science but now is widely used in bioscience researches. It is now owned by IBM and changed name to IBM SPSS Statistics. The first version was released in 1968 and now the Version 25 is already available.

SPSS is user friendly and available for almost every type of statistical analysis, especially for those used in regular bioscience research. It is equipped with discriminant analysis, analysis of covariance, parametric and nonparametric tests, various regression methods, correlation analysis, etc. Besides, ROC curve analysis for biomarker discovery is also available.

√ It's user-friendly.
√ Menus or syntax files are both available.
√ It can output very good graphics and performs great in descriptive statistics, various regression analysis, analysis of variance, and some newer techniques such as Classification and Regression Trees (CART).
√ SPSS is coupled with its own structural equation modelling software AMOS.

√ SPSS is more appropriate in the analysis of social sciences, market research and psychology data.
√ Although it has advanced regression modelling procedures, they are hard to use with very obscure syntax.
√ When dealing with epidemiological data, it may not be appropriate due to the lacking of more powerful techniques such as competing risk analysis or standardized rates.
√ It is available under IBM’s license, which means you must purchase it. 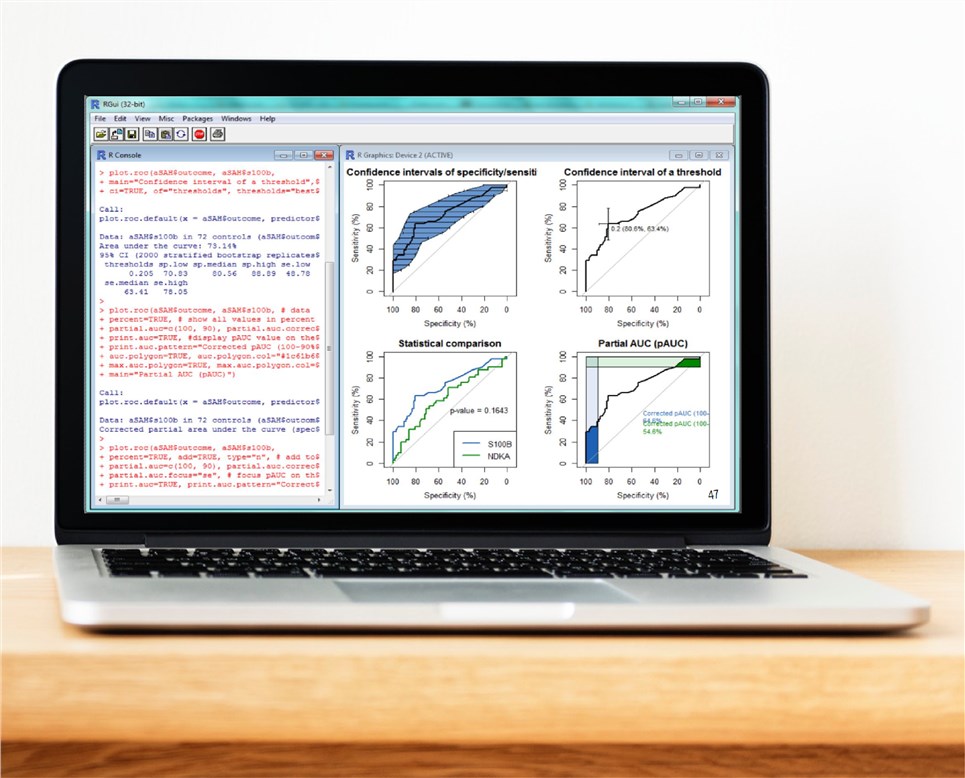 R was developed in 1996 and then becomes the most popular open source software for statistical programming. It is a free version of S-plus and its community of users and developers is in a fast growing pace, which makes the new versions updated very quickly. R is a programming language and environment, so it works by giving the software a series of commands instead of having a menu-based system. As a result, R is more appropriate for researchers who are already experts at statistical analysis or have programming skills for computers. One of R's biggest features is that it is free for users and developers, which makes it so widely used.

From the simplest T test to the advanced CART analysis, R can do any statistical analysis you can think of. Once your R design is finished, this software will be ready to use. So, if you are in demand of software more complex than Excel but don't have license from SPSS either, R would be your best choice when time is not a limiting factor.

√ R is very powerful with almost every analysis model.
√ It is friendly to all users all over the world and users can share their own procedures in R with each other.
√ R is free.

√ R needs programming language which is hard for the beginners and is more complex than SAS or Stata. 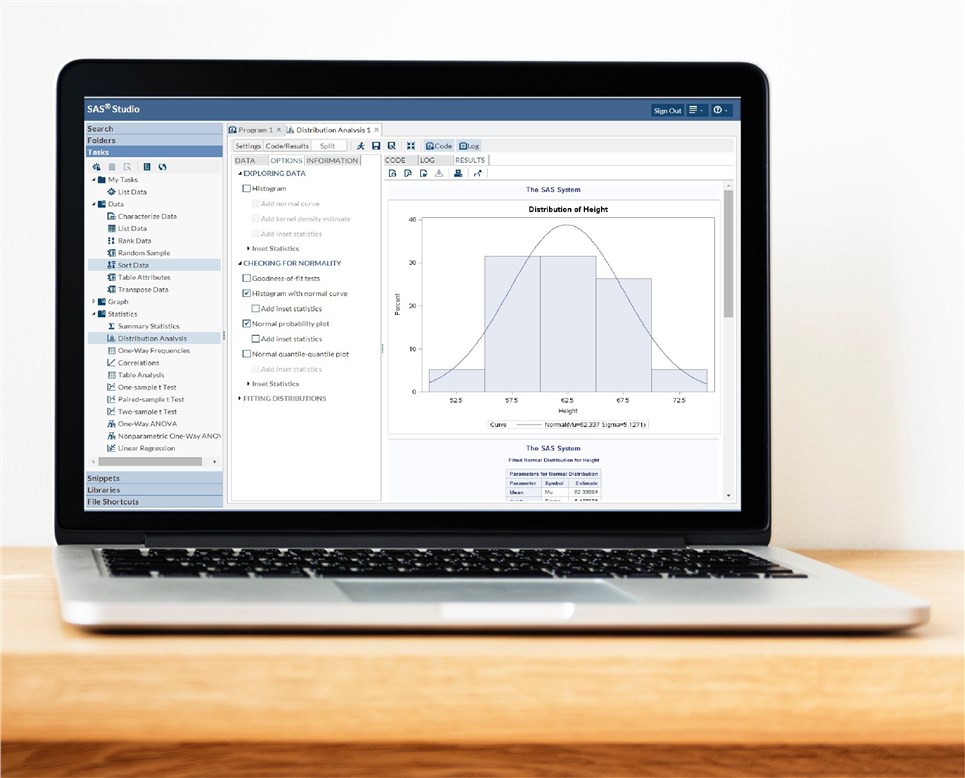 SAS is short for Statistical Analysis System developed at the North Carolina State University in 1966. It is a software suite used for mining, altering, managing and retrieving data from a plenty of sources and conducing statistical analysis on it. In addition to offering a graphical point-and-click user interface for normal users, SAS also provides more advanced options for those who are capable of programming language.

√ Menus or syntax files are both available.
√ SAS is much more powerful than SPSS.
√ It is usually applied in data management of clinical trials.

√ It is more complex than SPSS for those who are learning and using. 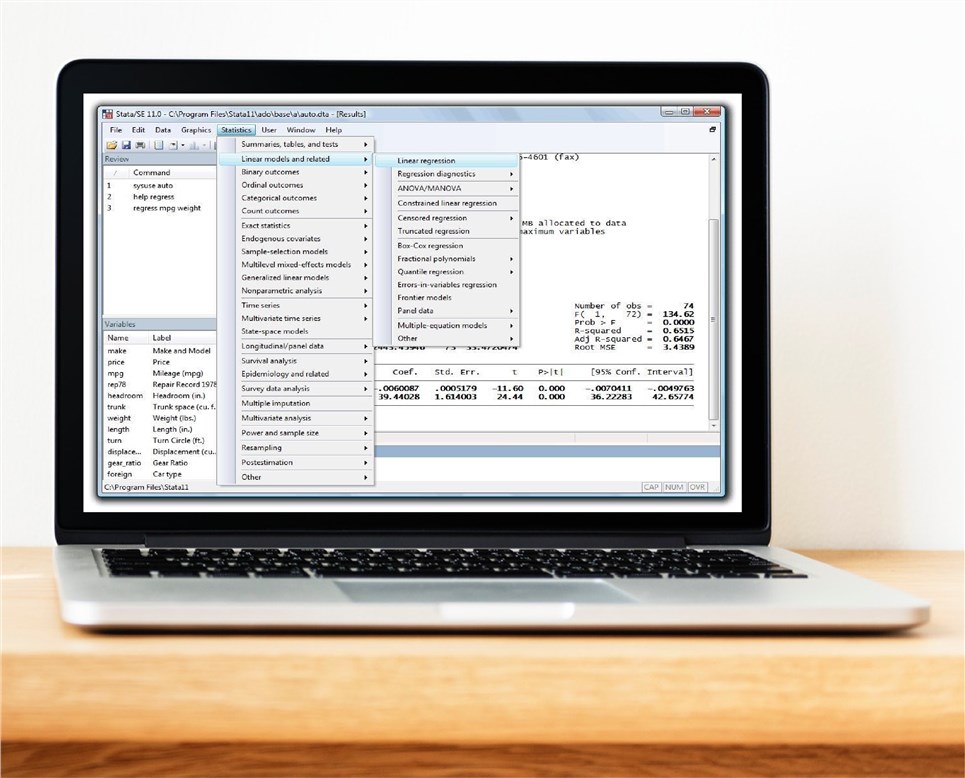 Stata is a statistical software whose first version was released in 1985 by StataCorp and now we have the Version 15. This package is mostly used in research works such as in the fields of economics, biomedicine and epidemiology. Stata stands side by side with SPSS, SAS.

Stata is capable with data management, statistical analysis, graphics, simulations and custom programming. In addition, there is a system for users to share their own-written programs. Users are allowed to write commands (sharing as ado-files) and then others can straightforwardly download these commands from the internet. These ado-files are just as useful as those built-in commands.

√ Menus or syntax files are both available and users can share their own-written procedures.
√ Stata is much more powerful than SPSS and probably equivalent to SAS.
√ It works great in advanced regression modelling.
√ There is an in-built structural equation modelling of its own.
√ It is especially appropriate for doing epidemiological analysis.

√ It is more complex than SPSS for those who are learning and using.
√ Stata is not capable with CART and partial least squares regression.

At CD BioSciences, our experts can help you choose a suitable software to perform analysis. If you are looking for any specific service, please feel free to contact us.